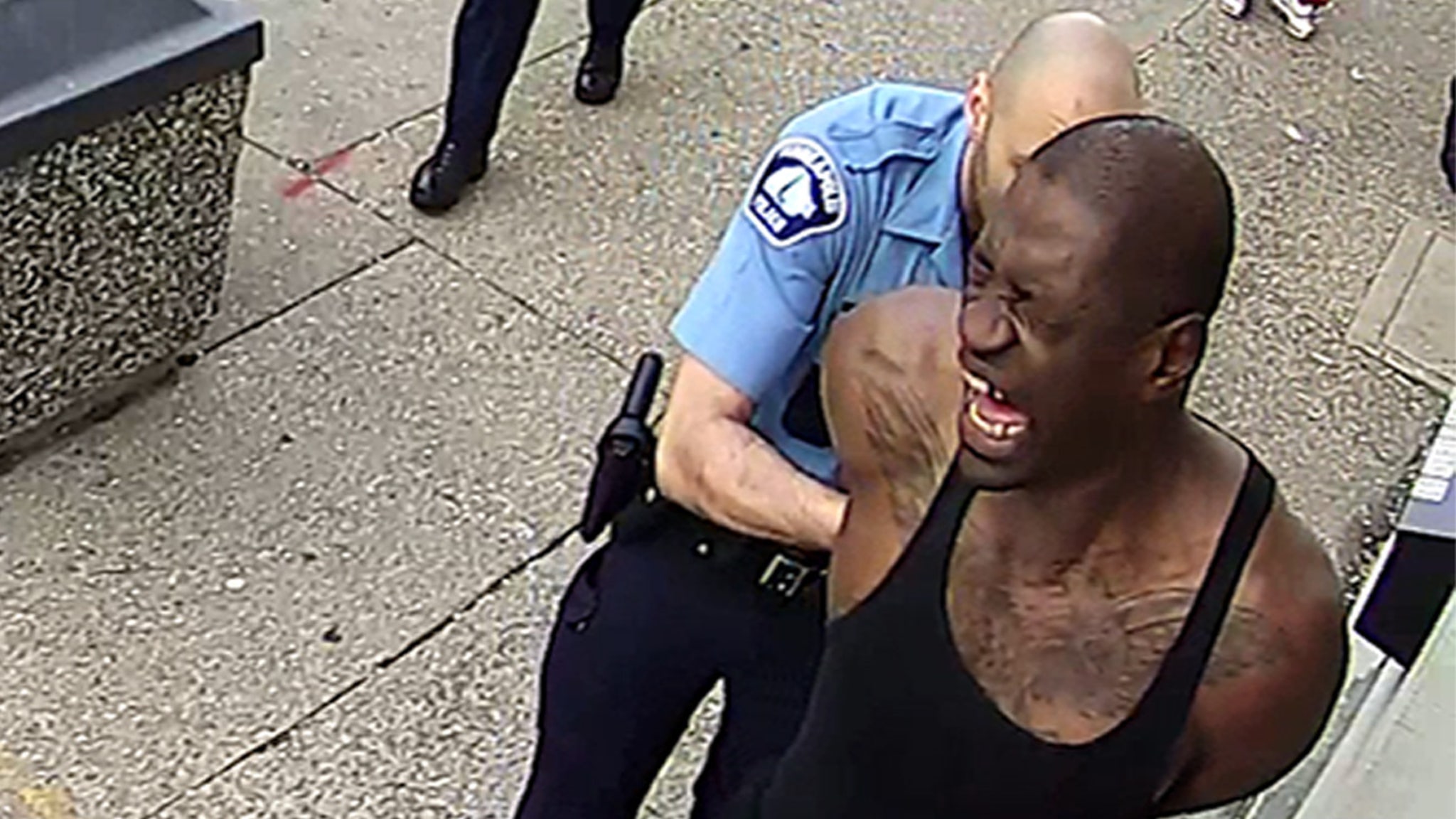 Before George Floyd was pinned to the ground by a cop’s knee — and ultimately killed — he was cuffed by a different officer and seemed to be cooperating … according to new surveillance footage.

A nearby restaurant, Dragon Wok, captured the initial moments of George’s run-in with Minneapolis police on a camera set up outside. Based on the video, this started as a traffic stop of some sort, which ended with George being led away in cuffs.

The video shows 2 vehicles parked curbside, and eventually, 2 officers approach one of the cars and ask everyone to step out. A man and a woman emerge from the passenger side, while George is taken out by another officer on the driver’s side … seemingly struggling at first.

The cops get George to stand up and lead him over to the sidewalk where they sit him down. He isn’t doing a whole lot of resisting the rest of the way.

Another police officer eventually arrived, and George was walked across the street and off camera. He was not being led by the officer who was eventually seen with his knee on George’s neck.

Remember, police say they were responding to a call for a possible forgery. We’re told an employee at a nearby business says George had attempted to pay with a $10 bill they suspected was counterfeit and, as is company policy, had reported it to police.

The surveillance video was released by Dragon Wok’s owner Rashad West, who says he wanted to put it out for his community. 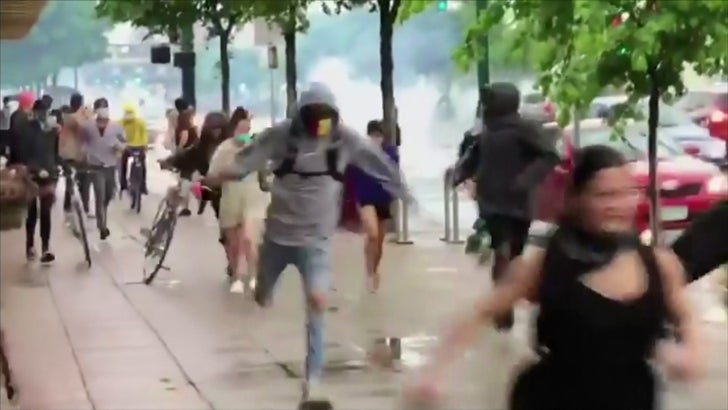 It’s important to note the video does not show what happened immediately before the officer put the full force of his knee on George’s neck … despite pleas from George of not being able to breathe.

As you know, George’s killing sparked violent protests Tuesday evening in Minneapolis. The 4 officers involved have been fired, and the Mayor has called George’s death a failure on the part of the police.

49
spread the feeling just you've felt with :)
ShareTweet
No body is perfect, No story too, Lets Edit the Story in search of collective perfection :: a. → all Story at a.