“Peace will not be achieved while the Tatmadaw remains above the law,” Marzuki Darusman, chair of the UN fact-finding mission said in a statement Tuesday referring to the Myanmar military by its Burmese name.

“The Tatmadaw is the greatest impediment to Myanmar’s development as a modern democratic nation. The Commander-in-Chief of the Tatmadaw, Min Aung Hlaing, and all the current leadership must be replaced, and a complete restructuring must be undertaken to place the Tatmadaw under full civilian control. Myanmar’s democratic transition depends on it.”

The meticulously detailed report on the situation in Myanmar, one of the longest ever produced by a UN human rights inquiry, was described by the mission as “unprecedented in its scope.”

“During their operations the Tatmadaw has systematically targeted civilians, including women and children, committed sexual violence, voiced and promoted exclusionary and discriminatory rhetoric against minorities, and established a climate of impunity for its soldiers,” Darusman said.

“I have never been confronted by crimes as horrendous and on such a scale as these,” he said, adding “top generals should be investigated and prosecuted for genocide in Rakhine State.”

The report also had some criticism for the UN itself, saying the international body did not take significant action during the initial burst of violence triggering the Rohingya crisis.

It said a number of individuals within the UN system in Myanmar tried to raise human rights concerns but often felt they were “ignored, criticised, side-lined or blocked in these efforts.” 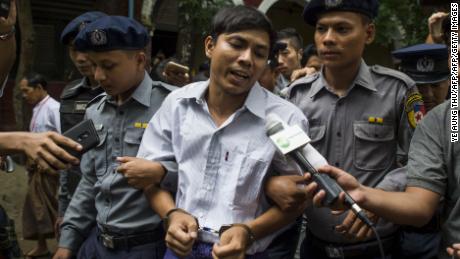 While the Myanmar military — which still retains massive amounts of power in the country despite the transition to limited democracy — bears primary responsibility for security operations in Rakhine, the UN previously said Myanmar’s civilian government had “contributed to the commission of atrocity crimes” through their “acts and omissions.”

“The State Counsellor, Daw Aung San Suu Kyi, has not used her de facto position as Head of Government, nor her moral authority, to stem or prevent the unfolding events in Rakhine State,” the report said.

Last August, hundreds of thousands of Rohingya Muslims started fleeing across the border into Bangladesh into what’s since become the world’s biggest refugee camp. Many of those who crossed the border have recounted horrific stories of being driven from their homes under threat of death.

Myanmar’s military has repeatedly denied that it has deliberately attacked unarmed Rohingya. Instead, the authorities insist that it only targets Rohingya militants, mostly from the Arakan Rohingya Salvation Army (ARSA) insurgent group, which has launched deadly attacks on police posts.

“There is no evidence that Myanmar soldiers committed any human rights violations in their response to the ARSA terrorist attacks of 2017. We have recently formed a new independent commission, which will investigate alleged rights abuses in Rakhine State including rape. We will treat any case in accordance with the rule of law,” Zaw Htay, a spokesman for Myanmar’s presidential office told CNN earlier in August.

The UN report said that “rape and sexual violence are part of a deliberate strategy to intimidate, terrorize or punish a civilian population, and are used as a tactic of war.”

Despite being barred access to the affected regions, investigators conducted 875 interviews with victims and eyewitnesses, and examined satellite images and forensic and other documentary evidence.

In the past, the United Nations has called the alleged campaign of violence, including mass killings, rape and the burning of Rohingya villages by Myanmar government forces a “textbook example of ethnic cleansing,” while UN Special Rapporteur Yanghee Lee has said that the attacks bear the “hallmarks of genocide.”

While Rakhine was the primary focus and has attracted widespread media coverage around the world, the UN report also highlighted ongoing conflicts between the Myanmar military and ethnic armed groups in Kachin and Shan state, where civilians have suffered similar abuses.

“As in Rakhine, civilians are targeted for killings, rape, arbitrary arrest and detention, enforced disappearance, forced labour, torture and ill-treatment, and persecution based on ethnic or religious grounds,” said mission member Chris Sidoti.

“To date, the long-standing conflicts in the north of Myanmar have received inadequate international attention. We hope our report will raise awareness of the critical situation in Kachin and Shan. We are seriously concerned that fighting is continuing in these regions, with new allegations of serious violations against civilians continuing to emerge.” 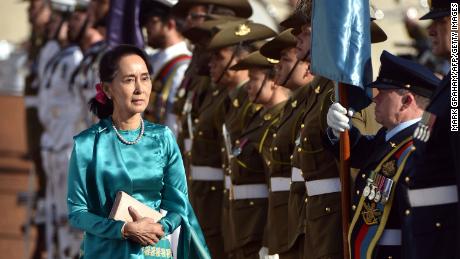 Despite a shift towards democracy in recent years, the military retains a bloc in parliament under the constitution and control of key ministries, as well as responsibility for security operations.

“The Tatmadaw acts with complete impunity and has never been held accountable for the violations of international law it is consistently involved in,” the report said.

It called on the UN Security Council to refer Myanmar to the International Criminal Court (ICC) or establish an ad hoc international criminal tribunal, as well as implement targeted individual sanctions, travel bans and asset freezes against senior military commanders, and an arms embargo on the country.

“An unpublished list containing additional names will be given to the High Commissioner for Human Rights who will be able to share it at her discretion with any competent and credible body pursuing accountability,” the fact finding mission said.

Have A Say ?Pay A Visit : SCUC-RC :: Selective Cause Until it is Concluded : Rohingya Crisis
28