The chief prosecutor of the international criminal court (ICC) has announced she is launching a preliminary investigation into the deportations of hundreds of thousands of Rohingya Muslims from Myanmar into Bangladesh.

Fatou Bensouda said in a written statement and video message on Tuesday that she had begun an inquiry – formally known as a preliminary examination – to establish whether there was enough evidence to merit a full investigation.

Bensouda said she would look at reports of “a number of alleged coercive acts having resulted in the forced displacement of the Rohingya people, including deprivation of fundamental rights, killing, sexual violence, enforced disappearance, destruction and looting”.

Myanmar’s military has been accused of widespread human rights violations, including rape, murder, torture and the burning of Rohingya villages – leading about 700,000 Rohingya to flee to neighbouring Bangladesh since August last year.

Bensouda’s announcement came less than two weeks after ICC judges gave her authorisation to investigate the deportations despite Myanmar not being a member state of the court.

The judges said in their landmark ruling that because part of the alleged crime of deportation happened on the territory of Bangladesh – which is a member of the court – Bensouda has jurisdiction. They urged her to conclude her preliminary examination “within a reasonable time”.

Bensouda’s announcement came on the same day UN-backed investigators presented a report that painted a grim picture of crimes against the Rohingya. Such reports will likely be closely studied in her investigation.

It reiterated earlier findings that some senior Myanmar military leaders should be prosecuted for alleged war crimes, crimes against humanity and genocide against the Rohingya during a deadly crackdown that erupted in August 2017 following militant attacks on security posts in Rakhine state.

Myanmar’s new ambassador in Geneva lashed out at what he called a “one-sided” report.

In Washington, the US Department of State said it had “serious concerns” about the Myanmar judicial system’s ability to hold people accountable for abuses against the Rohingya, but would not be drawn on whether it supported an ICC investigation. 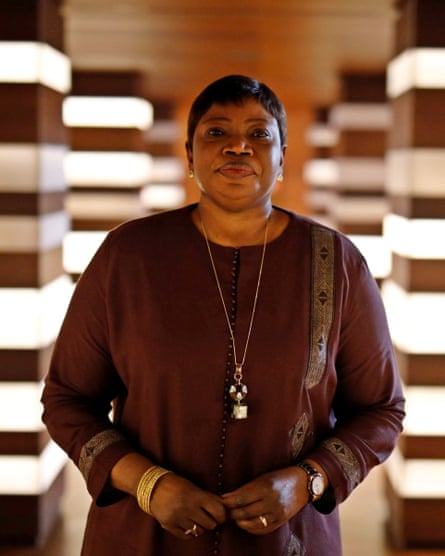 Last week, the hawkish US national security adviser, John Bolton, denounced the court as a threat to American sovereignty and security interests.

The UK foreign secretary, Jeremy Hunt, who arrived in Myanmar on Wednesday for talks with its leaders, promised additional aid for people in camps in Bangladesh who have experienced sexual violence.

Hunt will visit northern Rakhine state, from where thousands of Rohingya fled to escape the military, and meet Aung San Suu Kyi. The UK has taken the lead in trying to document victims of sexual violence, and the evidence that has been gathered would in theory be crucial to any ICC investigation.

More than 180 British parliamentarians have written to the foreign secretary urging the UK to support an ICC investigation. The letter, organised by the Labour MP Rushanara Ali, expressed concern that the UK Foreign Office, instead of supporting an ICC inquiry, was backing an investigation established by the Myanmar government.

It argued the government inquiry was not even “an attempt at a charade” because it will not examine any human rights violations outside Rakhine state.

The letter acknowledged an ICC referral was likely to be vetoed at the UN by China, but the threat of a veto has not prevented the UK from pressing human rights issues at the UN over Syria.

Acknowledging there are no easy solutions, the letter to Hunt insisted “a crime as serious as genocide cannot be allowed to stand without even attempting to ensure that the ICC can try to hold those responsible to account”.

Hunt has promised to hold high-level meetings on the issue at the UN general assembly in New York next week and said those responsible should be brought to justice.

Associated Press contributed to this report

Have A Say ?Pay A Visit : SCUC-RC :: Selective Cause Until it is Concluded : Rohingya Crisis
86
spread the feeling just you've felt with :)
ShareTweet
No body is perfect, No story too, Lets Edit the Story in search of collective perfection :: a. → all Story at a.