Bequeath’d by bleeding sire to son ,

Though baffled oft, is ever won . “

The terrible atrocities and mass killing  against the Rohingya (Arakanian) Muslims have reached on its climax.So it is the demand of time that the free and independent Arakan land is the only solutionfor the decades long Rohingya Problem.It is because the Rohingya’s citizenship has been denied and over 15 lakh Rohingya are forced to leave their motherland and they do not want to return their home land if their lives and properties are guaranteed. In social media and throughout the internet many of us have seen so many pathetic images and videos of Rohingya’s where they have been killed brutally with the help of sword, dagger and many other kind of arms and weapons. And even their limbs were amputated one after another and burnt in their living condition. All of these cruelties have been done by the Buddhist terrorists and the army of Myanmar. So it is the high time for theU.N.O.to make an immediate arrangement for medical help, relief and rehabilitation work and U.N.O. should also send peace-keeping force to Myanmar and observe the present situation there. And U.N.O. may also  imposeeconomic banagainst Myanmar. The International Criminal Police Organization (I.C.P.O.) should arrest Myanmar’s State CounselorAung San Sun Kyiand Commander-in-chiefMin Aung Hlaing.

Besides, O.I.C. Secretary General, Yousef Al-Othaimeen should have to take steps against Myanmar by cutting off their member countries’ relationship with Myanmar. And the Turkish president Recep Tayyip Erdoğan should take the leadership to strengthen the diplomatic relationship among its member countries. 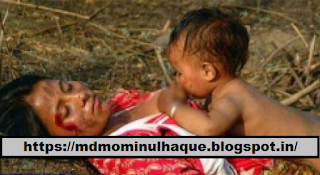 Have A Say ?Pay A Visit : SCUC-RC :: Selective Cause Until it is Concluded : Rohingya Crisis
139
spread the feeling just you've felt with :)
ShareTweet
No body is perfect, No story too, Lets Edit the Story in search of collective perfection :: a. → all Story at a.