Fourteen people who arrived from New Zealand today have been detained after trying to enter Melbourne.

According to the ABC, the passengers flew into Sydney and then got a connecting flight to Melbourne.

Victoria is not accepting overseas arrivals at the moment.

The travellers had been allowed to travel to Sydney without quarantining, as part of a trans-Tasman travel bubble.

It comes as Victorian Premier Daniel Andrews prepares to reveal on Sunday which restrictions will be eased in Melbourne.

He told reporters today he would be making some “significant announcements” in 48 hours’ time.

However, he also confirmed the hard border separating metropolitan Melbourne and regional Victoria will stay in place.

Mr Andrews said Sunday’s announcement would be “broadly in alignment with our foreshadowed stage 3”, although the state would need to “wait and see” as it depended on numbers continuing to fall.

RELATED: Is Victoria becoming a police state? Have your say in our poll

Follow the latest coronavirus news in our live updates below.

Fourteen people who arrived from New Zealand today have been detained after trying to enter Melbourne.

According to the ABC, the passengers flew into Sydney and then got a connecting flight to Melbourne.

Victoria is not accepting overseas arrivals at the moment.

The travellers had been allowed to travel to Sydney without quarantining, as part of a trans-Tasman travel bubble.

Police in Southall, west London, were forced to break up a wedding reception of more than 100 guests earlier this week.

Officers were called to Tudor Rose just after 6:30pm on October 13, and in a statement said it was “clear” upon arrival that the gathering “was in clear breach of the regulations, which have been put in place by the Government to protect people from coronavirus”.

“As officers walked through the venue, they saw no clear evidence that guests were maintaining social distancing, nor were guests taking any reasonable steps to protect others and prevent transmitting the virus,” the statement from Metro Police said.

“This was a dangerous and foolish breach of the regulations, which have been designed specifically to keep people safe from transmitting a deadly virus,” area commander, chief superintendant Peter Gardner, said.

“Restrictions on large gatherings, such as weddings, have been in place for months and quite frankly there can be no excuse for this flagrant and arrogant violation of the law.

“There was clearly no attempt by the venue owner to enforce the regulations or keep their patrons safe.”

During what was supposed to be the second presidential debate between Donald Trump and Joe Biden, the US President has revealed he “possibly didn’t” get tested for COVID-19 before their first clash – despite returning a positive result two days later.

Both Mr Trump and Mr Biden are holding competing, simultaneous town hall forums on two different TV networks – during which Mr Trump made the revelation.

Questioned by NBC’s host Savanna Guthrie over whether he potentially bought coronavirus into the Ohio debate venue on September 29 – and testing positive on October 1 – Mr Trump said while he “probably” did a test, he couldn’t actually remember.

A student at Oran Park High School in Sydney’s southwest has tested positive for COVID-19.

The Education Department says contact tracing is underway and have asked students and staff to self isolate.

Weekend activities have been cancelled so the school can be cleaned.

The department says HSC students have not been affected, as only students in years 7 and 8 are currently attending school.

The Board of Inquiry announced on Friday afternoon it would hold the sitting on Tuesday at 2pm, with further details “to be announced”.

There have been a number of key developments since the inquiry’s last hearing on September 25 when Premier Daniel Andrews gave evidence.

In the ousted minister’s final statement handed to the Board of Inquiry, Ms Mikakos said: “The haste with which this program was established saw the usual cabinet processes subverted with the Premier.”

One of Victoria’s two COVID-19 cases today is a patient at the Royal Children’s Hospital.

The DHHS has said all close contacts of the case are being tested and isolated.

The ABC reports that an email sent to RCH staff said the patient was diagnosed on October 12 and is a patient on the Kookaburra ward, where cancer patients are treated.

It’s not known how the patient contracted coronavirus.

“DHHS respects the privacy of patients and cannot provide details about individual cases unless it is necessary to so in the interest of public health,” the statement read. 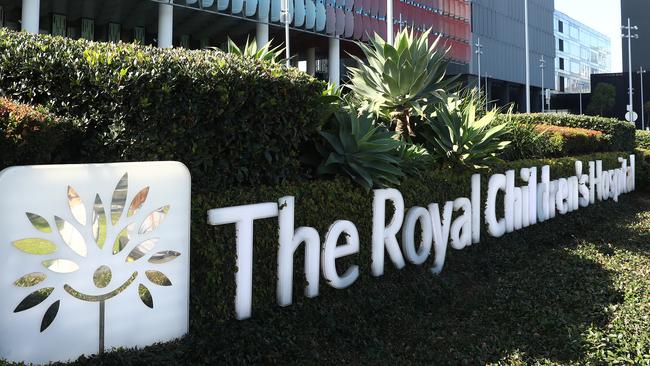 The other new infection is a household contact of an existing case.

Active aged care outbreaks with the highest active case numbers are as follows:

Non-aged care outbreaks with the highest number of active cases include:

NSW Health has upgraded its advice for the Great Beginnings Child Care Centre at Oran Park after new cases of COVID-19 linked to the centre have been confirmed since 8pm last night.

The new cases, a family and an educator, attended the centre and are linked to a confirmed case previously reported on 13 October.

Further information on the cases will be provided when they are counted in tomorrow’s numbers.

The new cases attended before the centre closed on October 13. The centre has not reopened since then.

The advice provided on October 13 was that people in a specific area of the centre were close contacts, but NSW Health is now expanding that advice to cover all staff or children who attended Great Beginnings at Oran Park between October 2 and 13 inclusive.

These people are now all considered close contacts and must get tested immediately and self-isolate for a full 14 days from when they last attended.

They must stay isolated for their full isolation period regardless of their test result.

There have been heartwarming scenes at Sydney Airport as Australians are reunited with loved ones from New Zealand.

Family and friends were at the airport to greet the first Kiwis to land in the city, more than six months after Australia’s borders were closed in March due to the coronavirus pandemic.

Today hundreds were due to arrive on board an Air New Zealand flight, which touched down at midday, followed by a Jetstar and Qantas flight later in the day.

There were tears and hugs at the airport with the ABC reporting as many as 90 per cent of those on the Air New Zealand flight, arriving on a one-way ticket.

Having reported no new infections of COVID-19 today, South Australia is becoming “increasingly concerned” about the escalating cases of community transmission in NSW.

Premier Steven Marshall told reporters this afternoon that five clusters are of concern to SA – particularly the one centred on Bargo, 100km southwest of Sydney, where a mystery case was reported yesterday.

“We are increasingly concerned about clusters in NSW,” Mr Marshall said.

“I don’t think there is a decision (on borders or other measures) which is imminent.

“But our focus since day one has been to listen to the expert advice, act quickly and keep the people of South Australia safe. That won’t change into the future.”

The Victorian government has been handed four more days to figure out how to respond to a High Court challenge against its COVID-19 lockdown.

In a short hearing on Friday afternoon, Justice Virginia Bell said there was a possibility the challenge could be heard in November.

Victorian man Julian Gerner, the owner of Morgan’s Sorrento restaurant and bar, is trying to end the lockdown, arguing it violates an implied right to freedom of movement in the Constitution.

“It’s difficult to impress the urgency that emanates from Victoria on this matter,” his barrister Michael Wyles QC told Justice Bell on Friday afternoon.