Ralph Lopez majored in Economics and Political Science at Yale University. He is an advocate of “impact journalism.”

While Donald Trump in his State of the Union address took a thinly-veiled swipe at Bernie Sanders when he declared that America would never, ever, fall victim to “socialism,” analysts were aghast at a recent General Accounting Office report that the Pentagon was forced to make up to $35 trillion in “accounting adjustments,” more than the entire size of the US economy, in 2019.

Socialism is just not the American way, declared Trump. Sanders is now leading the pack by 14% in the upcoming, all-important California primary, 22% ahead of Mayor Pete Buttigieg.

Media describing the report, such as Bloomberg News, carefully stressed that most of this amounted to double, triple, and even quadruple-counting billions from one account to another. “The same money as it got moved between accounts,” according to Todd Harrison, a Pentagon budget expert with the Center for Strategic and International Studies.

This double-counting gives the impression, in the Bloomberg piece, that it pretty much all balanced out, with not much missing. Pentagon spokesman Christopher Sherwood explained “how the dollar figures multiply”:

“Sherwood said recognizing $800 million due a contractor in previously unrecorded payments ‘requires multiple accounting adjustments that net to $0 but could total over $5 billion’ in movement between accounts.”

But, and here is the big fat “but,” buried in the 13th paragraph of the Bloomberg piece. Sherwood says:

If you are sitting in an audit with the hated taxman, poring over your returns for your say $80,000 a year job, “properly supported” means you need, for example, to come up with a receipt from the Boston Marriott if you want to write it off as a business expense.

“Properly supported” means, in short, you can prove where the money went. Otherwise it could have gone anywhere. To another bank account. To the Playboy Club. To your brother. If you can’t show that the item is properly supported, you can’t take the deduction.

What Happened to the Trillions Unaccounted For?

Oh wait. That still leaves $10 trillion that is not properly supported. And $20 trillion the year before that, according to the report. The entire defense budget is shy of $800 billion a year. 10 trillion? The American taxpayer could be getting robbed blind and never know it.

Loans could even be taken out on Pentagon credit cards and papered over, with $10 trillion or $20 trillion in unsupported adjustments for the papering. That’s room for a lot of “creative accounting,” a term that came into fashion during the Enron Scandal.

To put it in the simplest terms possible, an “unsupported” adjustment means no one knows where the money went. If you can’t support an adjustment, you don’t make it.

The main spin in the Bloomberg piece is that it’s all just kind of a crazy, big mess, “sloppy accounting,” as could be expected from the Pentagon because it is so big. Right. Crazy like a fox.

Citibank is big too. And they keep track of your transactions to the penny. In fact, any big bank with even a fraction of this many “unsupported adjustments” would be shut down, and half of its board of directors in jail. Suggest that someone not qualified is pocketing some of these “unsupported adjustments?” Conspiracy theory!

We will wait for the day the Pentagon announces it is sitting on piles of unexpected cash and it doesn’t know where it came from, which will be returned to the taxpayer. Instead of asking for record-breaking amounts in each yearly budget, adding to a record-breaking national debt.

One thing we do know. The rich have been accumulating an ever-increasing share of the overall pie over the last 40 years, while the middle class has been losing it. Just like Bernie has been saying ad nauseam. The wealthiest one percent of the population has gone from holding less than a quarter of all U.S. assets in 1980, to more than a third of those assets now. In the same time period, ninety percent of the population has gone from holding a third of the assets, to less than a quarter.

We know the rich have been getting richer, in terms of asset ownership, for reasons we don’t fully understand. There’s a huge party going on, and you’re not invited.

Who Benefits From This Situation?

The GAO report does not say if any of those receipts—”support”—ever came through.

So here comes old Bernie railing not so much that we need socialism, but that it shouldn’t only be for the well-connected rich, what Occupy Wall Street called “crony capitalism.” The dirty little secret is there is already plenty of socialism in America. But it only gets attention when it’s for you.

No congressman ever warns about “socialism” when it’s for oil company shareholders through the Oil Depletion Allowance, for Berkshire Hathaway, or for bank bailouts which, contrary to popular belief, never got paid back.

To his credit, Berkshire Hathaway’s Warren Buffet has consistently said he does not need any more favors from the government, even though he kept the $29 billion windfall he received in 2017 as a result of the tax bill Congress passed. Saying: “I sure don’t think it’s good for a society where there’s a ton of inequality to start with.”

When the world’s third-richest man is more worried about the growing social divide in this country than about his own net worth, the rest of us should sit up and listen. But all that may be dwarfed by a huge party at the Pentagon, members only.

Can We Change Things by Making Bernie Win?

You see, the Democratic primary will be pretty much over by March 3rd, 2020, Super Tuesday. Because for the first time in modern history, the California primary has been moved up to that day. Bernie is up 14% over the rest in the most recent poll on California, and 22% over Mayor Pete. But it is no secret that the DNC hates Bernie. And in California, the knives are out.

Bernie’s Chances May Be Affected by Barcode Voting

If Bernie is trounced in California, that’s all she wrote for him. And guess what? It just so happens Los Angeles County, which is one-fourth of Cali’s population, is getting a new voting system.

With 494 convention delegates, California is make or break for Bernie Sanders.

The voting system is unctuously called, by California Secretary of State Alex Padilla, VSAP, for “Voting System for All People.” The most notable new feature of the system is it will use a method of recording your vote that was just banned in Colorado, by Colorado’s maverick Secretary of State. When you vote at a new touch-screen machine, that machine will record that vote as an encrypted barcode that you cannot read. So you don’t know who you are really voting for. The vote-counting machine only reads the barcode. If they can ram this through in California, it’s what’s coming in many other states.

With $30 trillion in unsupported adjustments at stake, we can’t let a holier-than-thou old fart like Bernie take charge, now can we, Biff? He might ruin an absolutely epic party. No we can’t. So all eyes on Los Angeles County, on March 3rd. Because to paraphrase Patton, America cannot, and will not, tolerate socialism.

Except for the rich. It’s as American as apple pie. 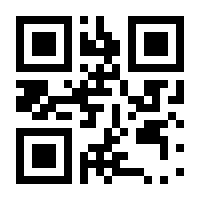 If the government does not know where 10 trillion went (after proving adjustments), i think MANY of us need not pay taxes. They should refigure the tax code to stop taking the “extra” 10 trillion they lost of our hard earned money.

Your link to the encrypted barcode system reads how it works, and the few ways that your voting selection is validated and ensured. I don’t understand why you’re fear mongering.”

In what ways are your voting selections “validated?” You don’t know what you’re talking about. Do you enjoy being ignorant?

Your link to the encrypted barcode system reads how it works, and the few ways that your voting selection is validated and ensured. I don’t understand why you’re fear mongering.

Is this just a prerequisite to be a Bernie Sanders die-hard? You have to be convinced the Deep State is out to get him?

There’s a certain humorous irony in Democrats / Progressives mocking Republicans for their asinine conspiracies meanwhile we apparently are just as privy.

Please continue Chicken Littling. I truly hope Bernie wins, because lord knows I don’t have the strength to listen to y’all whine that the world is rigged if he loses.

2 years ago it was $21 Trillion that was missing. This isn’t a Trump exclusive.

I think I see where the deficit went too???