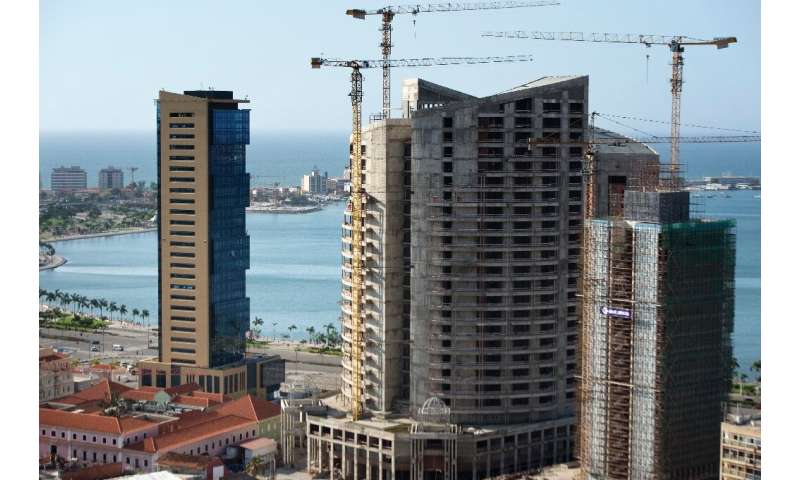 Angola, one of Africa’s largest economies, is predicted to lose 6.1 percent of GDP from climate change impacts

The Economist Intelligence Unit’s (EIU) Climate Change Resilience Index measured the preparedness of the world’s 82 largest economies and found that based on current trends the fallout of warming temperatures would shave off three percent of global GDP by 2050.

Its analysis, which assesses each country’s direct exposure to loss as climate change brings more frequent extreme weather events, found Africa was most at-risk, with 4.7 percent of its GDP in the balance.

In general, developing nations faired poorer in terms of resiliency than richer ones.

“Richer nations are really able to be more resilient towards the impacts of climate change, so this really threatens growth trajectories of the developing world as they try to catch up with the developed world.”

“When we are already dealing with global inequality, for the impacts of climate change the developing world’s challenges are much greater,” he added.

Of the countries evaluated, Angola stood to lose the most—as much as 6.1 percent of gross domestic product. 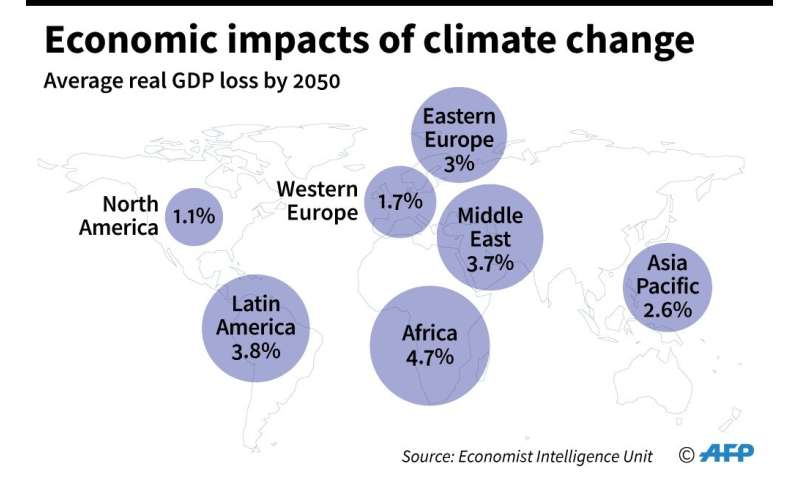 World map showing average real GDP loss by 2050 by world region, according to a study by the Economist Intelligence Unit

The study put this down to a mixture of a lack of quality infrastructure, as well as its geographical exposure to severe drought, soil erosion and rising sea levels.

Land degradation in Angola would prove a “significant” economic hindrance, the report said, given that agriculture is its largest employer.

Nigeria (5.9 percent negative GDP), Egypt (5.5 percent), Bangladesh (5.4 percent) and Venezuela (5.1 percent) were the next most climate vulnerable nations identified in the analysis.

The analysis said rising temperatures meant the global economy was projected to hit $250 trillion by 2050, as opposed to $258 trillion with no climate impact.

While the United States—still the world’s largest economy at market rates—is forecast to be one of the least impacted, the EIU noted that President Donald Trump’s policies represented a “temporary setback” in the climate fight.

Russia was predicted to lose five percent of GDP by 2050 and will “suffer more than most other countries in the world from the negative effects of climate change”, it said. This held true even when potential benefits in increased agriculture were taken into account. 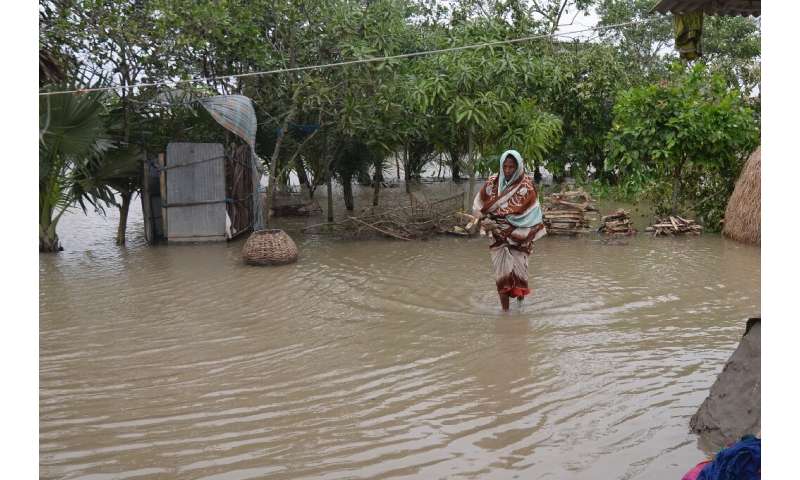 Melting permafrost—threatening infrastructure such as hydrocarbon pipelines—was forecast to be among the biggest drags on Russia’s economy in the coming decades.

Nations agreed in Paris in 2015 to work to limit temperature rises to “well below” two degrees Celsius, and 1.5-C if possible.

To do so, the global economy must rapidly decrease its greenhouse gas emissions—a source of controversy in developing nations which say their economic growth shouldn’t suffer after decades of fossil fuel use by wealthier countries.

“The global economy is going to suffer so it’s not really a case of act now or act later. We need to do both,” said Ferguson.

“Developing countries can’t do this on their own. There needs to be a coordinated global effort to deal with the impacts we are talking about.”