Woke rap after moment of silence lands museum in trouble

Britain’s Imperial War Museum has issued a statement apologising for staging a “woke” rap showcase at the end of the two minutes silence held on Remembrance Sunday, which prompted a mass exodus by members of the public.

In a statement sent to the MailOnline, the Imperial War Museum (IWM) said it had been working for four years to create a platform for 11-to-18-year-olds to share their perspectives on war and engage with the gallery’s collections. 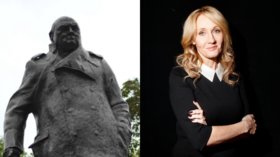 “Presenting the cause, course and consequence of war from the First World War to the present day, IWM’s challenging remit attracts multiple viewpoints and opinions,” the statement read.

However, the Southwark-based museum admitted that Remembrance Sunday was not the right time for a youth rap performance that reportedly insulted Britain’s wartime prime minister, and national hero, Winston Churchill.

“We do, however, recognise that Remembrance Sunday at IWM London, with the meaning it holds for different people, was not the moment to share this particular iteration of Breaking the Silence,” the IWM stated.

While the Last Post, a symbolic and short bugle tune, is often played to mark the end of a two-minutes’ silence observance, those gathered at the IWM on Sunday were treated to a rap performed by a youth music group funded by the Arts Council.

Witnesses told the Daily Mail that the rap engendered a mass exodus of people from the taxpayer-supported institution, with members of staff equally as shocked by the performance.

The Daily Mail was told that the rap contained references to “white privilege and how racist Britain is.” A TripAdvisor review said the rap was nothing more than a “vile attack” on Britain’s wartime leader. Another review labelled the performance as “woke” and a “disgraceful disrespect to [a person] who was once a great leader, Churchill.”

The performance, called ‘Breaking the Silence,’ was the product of a workshop led by MC Angel (Shauna O’Briain) and Ahmad Dayes.

39
spread the feeling just you've felt with :)
ShareTweet
No body is perfect, No story too, Lets Edit the Story in search of collective perfection :: a. → all Story at a.